The monsoon season is upon us! With weather continuing to salvo us with torrential rain, it is crucial for any drivers to have their wipers in top condition and, if necessary, changed to a pair of new ones. One of the choices is to consider traditional wipers vs frameless wipers.

But what exactly are the differences? We’ll examine the both types so you can decide on what’s best.

What is “Traditional” Wipers? 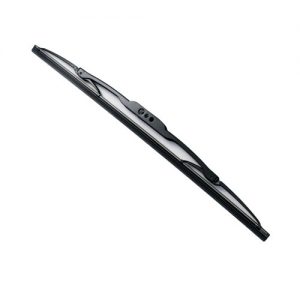 Traditional wipers describes a style of wipers prevalent in older cars. The wipers are attached to a frame that holds the wiper flat against the windshield. They are relatively more affordable compared to frameless wipers, but that is basically where their advantage ends.

One disadvantage of traditional wipers is that they are often made up of many more parts than frameless wipers. As a result traditional wipers are more prone to fault due to prolonged wear and tear, even though you may be actively practising good wiper care by wiping your wipers often.

The many parts of traditional wipers help to relatively conform the shape of the windshield. Unfortunately, the construction for most framed wipers does not allow for even pressure against the windshield, causing uneven wiping action and resulting in streaking of water and reduced driver visibility.

Because of the extra bulk from the frame, traditional wipers are less aerodynamic than frameless wipers. The difference may be too little to be concerned about, though, especially for boxier cars, as well as service vehicles. However, sportier models could do with that extra bit of advantage, wouldn’t they?

What is “Frameless” Wipers? 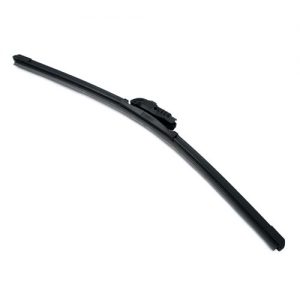 Also called bracketless and spineless wipers, frameless wipers cost a little higher, but they are value for money because they are made to be better in a lot of ways.

For example, they tend to last longer because of the lack of parts. Frameless wipers have a construction that allows their wiper blades to fit directly on the windshield arm. That also means that the wiping action for frameless wipers are more even throughout contact, reducing streaks and increasing visibility during downpours.

The lack of frames also allows for more aerodynamics for sportier cars. It also looks more refined and overall has better aesthetics that would look good on many luxury cars.

We are fortunate enough to see more frameless wipers being introduced in the newer car models. Therefore, we will likely to see less accidents due to poor wiper performance on the roads.

By the way, Singtech have a great selection of frameless wipers available at great value. Consider upgrading to one for your next wiper replacement.

FREE Shipping with Purchase of Selected Pair of Wiper Blades

Have a question? Contact us about the topic above or any of the products that we carry on our website!