What is Sudden Unintended Acceleration (SUA)?

Sudden Unintended Acceleration is the unintended, unexpected, uncontrolled acceleration of a vehicle that often occurs along with an apparent loss of braking effectiveness.

Often, it is difficult to pinpoint the cause of SUA. It may be caused by mechanical or electrical problems, driver error (such as stepping on the wrong pedal), or a combination of these factors.

Cases of SUA in Singapore

In Singapore, the Land Transport Authority (LTA) is investigating SUA in Hyundai cars that may have caused a spate of accidents involving taxis. Many dashcam footages of taxis reversing or moving forward at high speeds, crashing into other vehicles and mounting kerbs have been circulated on social media. One particular incident showed a taxi reversing violently into a parked car at an open space carpark, before speeding off. Another high-profile incident was the death of a 78-year-old cardboard collector, when a Comfort taxi that was trying to reverse into a parking space mounted the kerb at high speed and rammed into her.

In South Korea, there were a total of 417 accidents assumed to do with SUA between 2010 and August 2014. 176 of the accidents involved Hyundai cars, while 69 of them involved Kia cars (Kia is partly owned by Hyundai). A number of taxis in Singapore are of the Hyundai Sonata model. This same car model was involved in a serious accident in South Korea, where the car suddenly accelerated and later rear-ended a car at 130km/h. The dashcam footage of this accident shows that the couple did not expect the sudden acceleration and could not control it.

Online discussions on the dashcam footage of the taxi reversing into a parked car have pointed out that the vehicle does not appear to be behaving in a regular fashion, with the taxi immediately lurching backwards when the reverse lights came on a second time, and surging ahead at high speed once it was engaged to move forward. It may indeed be possible that SUA caused these accidents.

In 2012, after the Korean authorities investigated the cases related to SUA, Hyundai introduced a brake pedal throttle override capability, to cut off the throttle when brakes are applied. “With Hyundai’s brake pedal throttle override capability, any brake pedal input by the driver, even with a runaway throttle condition, completely overrides any throttle malfunction,” said Robert Babcock, director of certification and compliance affairs for Hyundai’s technical center. “It is no longer possible to have increasing engine power once the brake pedal is depressed by the driver. This adds a reassuring, incremental safeguard of control for Hyundai drivers.”

Although newer models of Hyundai cars have been equipped with this feature to minimise SUA, older cars that were produced before 2012 may still face this problem. Furthermore, a brake pedal throttle override system will not be able to stop SUA when caused by the driver stepping on the gas pedal instead of the brake. Drivers should always be conscious of which pedal they are stepping on, to prevent the avoidable forms of SUA.

In the event that your car experiences SUA that is not caused by human error, having a car DVR or dashcam will help to provide valuable video evidence that you are not the one at fault. An example would be the dashcam footage of the South Korean accident. 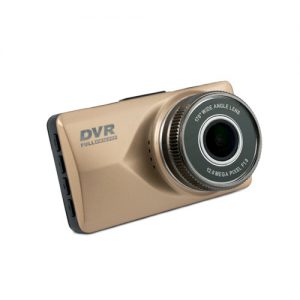 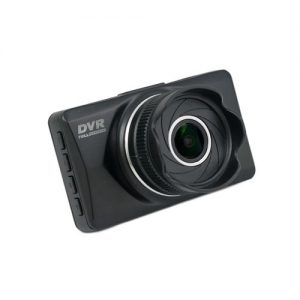 Click here to see the range of Car DVRs available at Singtech.